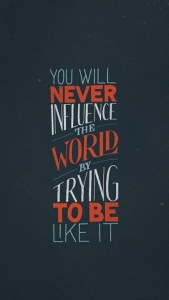 I’m a minimalist! I like nice things, the add ons, the extra’s the buy 2 get one free deals. I like the idea of having the things that go with other things. I like the idea of filling my home with those little extra bits that make each room unique and stand out amongst the others. Don’t get me wrong, I like accessories.

I think I just don’t like them enough to put the effort into really making sure that everything that needs to match, does. I’m not wired that way but I have no problem with people who find the worlds greatest sugar rush in accessorizing every area of their life to the hilt, and if you are that person, Awesome, I pray you come across the worlds biggest accessory sale and receive all sorts of discounts and vouchers, GO FOR IT!

Where I do come a little unstuck is where, at least on the surface, parents act as if their kids have just completed their “oh so” precious checklist of world’s-most-sought-after-accessories. For me, and mainly because I meet and have met with many children who have fallen prey to the “Checklist”, there appears to be a growing idea that children, although important, tend to fall into a large bucket of important stuff, rather than existing in their own bucket labelled “Priority”.

I am fully aware, albeit not in agreement, that life is busy and that many believe busy to equal productive. As Dave Ramsey says “We buy things we don’t need with money we don’t have to impress people we don’t like.” Rather foolish, but it happens, daily in fact. What I often see is that Children have become commodities, amassed in order to reflect a complete life style, they have become the cherry on top, rather than the apple of our eye.

The result, like other things we have added to our basket, is that these children get bumped up and down our to-do-list based on what is most pressing in the moment. A sad fact is that, many of these parents have also outsourced who decides what is most pressing to a job, a boss, a hobby, another item on the list etc, and so these children not only feel devalued by their lack of standing on the “List” but even more so because they don’t even have their parents deciding whether they are the most pressing matter at present.

I say this as a father of 2, soon to be 3, a husband, a business owner, a writer, a counsellor and a couple other hats, so please don’t read what I’m saying and believe me to be some stay at home dad (an amazing job by the way) devalued and offended by the world and hell-bent on proving the others wrong. My gripe with the world today is this; I have spent far too much time sitting across sons, captured by the sobs of their heart and their deep desire to feel valued but instead have been on the business end of comments like “You’re ruining the family name”, “I could kill you”, “He just needs to deal with it”. The hurt and pain that I have witnessed second-hand from Dads who have led their kids to utter fears like “I’m afraid I’ll become like my dad, or have kids that feel like me”. Seriously, I think a couple of us need to get our acts together!

I’ve been challenged lately by the following saying: “We’ll never influence the world by trying to be like it”. I get a sense that so many of us need a paradigm shift in terms of what parenting is. At its core, it is an opportunity, given by God, to shape, to mould, to encourage, to love and protect and to lead another person, so that he/she is equipped to go further than we ever could, for the benefit of them and those that come after them. No small feat I can assure you!

Could you sell your house, move countries, change jobs, change careers, change your lifestyle, lower your standard of living or even resign from a promising career, if it meant you had the possibility of becoming a better parent or having more stable children? I’m not suggesting we do these things, although some “difficult” kids may become the people you’d hoped them to be, should you make some life adjustments like these. I’m not dictating or standing on my podium calling down judgement on all those who’ve failed where I haven’t. Believe me, I’m not the poster child for parent of the year, but I hope that should I be faced with the need to make these big choices, I would make them with a happy heart because it wouldn’t be about shifting my list again, but rather highlighting my priorities.

My wife’s earrings and my iPhone cover are accessories, My sons are my priority! They come first! Before my job, my career, my hopes, my dreams. Is it hard? Yes! Welcome to parenthood.

3 thoughts on “Your Children: Accessory or Priority?”