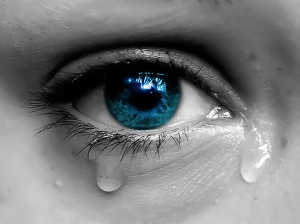 Every now and then I come across something that makes me wish I had a time machine. That time machine would help me travel back in time to those moments we all wish we could forget, the moments where life hands us a massive portion of NO-YOU-DON’T KNOW-EVERYTHING-PIE.

I typically have those moments in the context of parenting. Thankfully, because life is the best teacher and kids tend to leak grace in bucket loads, parents tend to navigate through the ebbs and flows of parenting, hopefully without permanent damage to ourselves or our kids. nevertheless, there are moments I’d wish I knew then what I know now. Such a moment occurred when I read an article on adopting older children by Candace Wheeler.

At the risk of sounding unoriginal, I think it would be so helpful for adoptive parents or would be adoptive parents to read, remember and absorb the following answers to behaviours we have all experienced at some time or another. In fact, any parent for that matter could benefit, because adoptive kid’s challenges aren’t alien to those of natural-born kids, after all, they’re still children, just maybe in need of a little more tenderness. The essence comes from the article, I’ve just added some flavouring.

Often we here of children lying, skewing the truth, embellishing a little or adding a little colour to what actually happened. Lying is typically quite common in adoptive or fostering situations. As we navigate the big eyes, the crocodile tears and wailing sirens, it can be increasingly difficult to arrive at the truth. In the context of adoptive/fostered kids, we cannot escape their reality and relationship with abandonment and rejection. At the heart of every little child is a desire to feel safe and to trust. A child who has experienced rejection/abandonment will struggle to feel safe and trust. If we see each lie as an opportunity to avoid criticism and the resulting punishment (Remembering that when I punish I criticize your behaviour) For a child who probably doesn’t like him/herself much anyway, each criticism is another rejection and a further stumbling block to feeling safe. Lying, albeit illogical, can be a way to bypass the rejection

2.) WHY ARE YOU ALWAYS IN TROUBLE

it’s easy to understand a child blaming someone else, or lying, in order to become the victim and recipient of care and compassion. Occasionally, however, a child will get into trouble on purpose. This child seems to seek out situations where he/she will get caught, they seem to stand with a sign inviting punishment to the party, intentionally and blatantly doing something wrong with the hope that you’ll notice and punish them. Sadly, these children have no idea how to get positive attention due to the amount of rejection and abandonment they have received and when they do get it, it doesn’t satisfy their hunger. As a result the negative attention, which was dealt out and received plentifully, is the thing they seek most. Bad news is better than good news. Knowing the heart behind this behaviour can go a long way towards understanding and patiently helping these children understand and seek positive attention.

Stealing, even out of the context of children or parenting, is rarely what it appears to be. Stealing is almost symbolic. the items taken forming part of the child’s identity and adding to their perceived value. Money from parents, toys from siblings, sweets from the shop, all of these can increase the child’s sense of worth. Material things represent caring to them. When facing a new situation, these children can become demanding and “I want” ing. When understood in the context of creating self-worth, parents might respond to theft differently and rightfully so. Often when it comes to children acting out and deserving of punishment, I wager we as parents won’t have to look too deep before we see the part we played in the resulting behaviour, and realise, some of that punishment belongs to us.

A frustrating reality! few things annoy me more than being woken up because one of my kids has wet the bed and my greater body weight has caused a downward flow towards my side of the river. Being woken at 2 am for any reason isn’t my idea of a party, especially when that party requires I visit the bathroom to ring out my PJ’s.

Jokes aside, bedwetting is something your child can do little about. It is an unconscious mechanism aimed at releasing tension and anxiety, and honestly less expensive than smashing the neighbours windows or washing his car with gravel. Some find it hard to believe he couldn’t stop if he really wanted to. Well, he can’t! He probably wants to stop more than you know. The key to striking at this challenge is to handle the roots and not the symptoms. Striving to make your child’s world as safe as possible, being overly generous with praise and encouragement when little victories are experienced, all will help. Practical steps may be removing obstacles to your child’s success. For us, it meant nappies at night even when we felt he shouldn’t need them anymore because his brother didn’t at his age, putting our alarm on to take him to the bathroom at midnight, and limiting liquids late into the afternoon.

Crucial with adoptive placements is identity, the child’s with you and your’s with the child’s. Often we expect too much too soon of our adoptive children and also of ourselves. Something that would have freed us of much guilt earlier on is the understanding that we wouldn’t feel the same way about our adoptive son as we did about our natural-born son. That internal parent-child magical commitment won’t materialise out of thin air, and what’s important is that you know it’s ok! It won’t happen in the first week, maybe not even the first month or year, but it will! Gradually, your hearts will connect. It may be painful at times, you may want to leave and disappear, never to be found by your family again, that’s normal! Give things time, give yourself grace and allow yourself to find your identity as the parent of an adoptive child as much as you allow them to find their identity in their new family. It’s not a one way street.

Regarding your child, identity can be a massive challenge as well. Remember this, allow him or her to find their way, allow them to settle without being offended at their lack of love towards you. Allow them to grieve what has been lost, even if you know it wasn’t good for them. Give them the space and freedom to find themselves in their new context, always meeting them more than half way.

Parents of adoptive kids often don’t want to say no. Remember, discipline is love in action, it isn’t punishment. Discipline means responsibility, helping them understand that this relationship and others is two-way. Discipline and structure helps children know where the limits are and shows them where they are safe to play. Create expectations, ones that can be met and try to steer away from physical punishment from kids whose only experience of such discipline has been more abuse than discipline. Consistency, firm guidelines and lots of praise and support will contribute towards helping your new child adjust.

7.) ACTIONS SPEAK LOUDER THAN WORDS, SO DO ACTIONS!

DON’T ASSUME HE/SHE KNOWS HOW YOU FEEL! There probably isn’t a backlog of experience telling him/her of her value and worth, these children don’t take it for granted. I always say jokingly that the therapy children may need for being overly loved and overly showered with “I love you” is much less intense than the therapy needed for those who don’t hear anything. I’d rather my children get sick of hearing that I love them than become sick from not hearing it.

But don’t stop with the words, use actions, hugs, kisses, a gentle hand. Don’t just wrestle with your kids, show them gentle touch. If they are afraid you won’t fetch them from school, draw a map showing the route you’ll be taking to collect them. Go out of your way to use words and then go a little further using actions.

Remember, no child ever ended up in counselling complaining that mommy and daddy can’t stop loving them, encouraging them and making them feel valued.

I hope that helped you as much as it helped me!