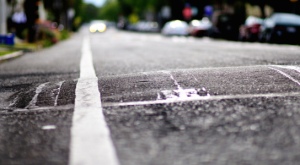 It seems adoption and the challenges contained in the processes have been in the spot light lately. Several articles, opinion pieces and radio shows have highlighted the challenges currently faced. The latest such article entitled Babies “not for sale” who will love these innocents? inspired me to throw my proverbial weight into the mix.

The article, for me ,hits the nail squarely on the head. It brings home the message that we need to protect children, we need to establish processes and practices that have at their core a desire to place a child into a forever family as quickly as possible, while not forsaking the need to make sure that the child’s past, current and long-term needs are taken into account. Picking a family for a child cannot receive the same scrutiny as what colour paint should be used to brighten up the north facing lounge wall, but it also cannot receive scrutiny that is artificially prolonged or justified because of a governments inefficiencies and lack of focus. To throw a dart into a board covered with adoptees as a process of picking a new family can be just as dangerous as an official expressing some god complex in his uninformed-opinionated-thought process when deciding if an adoption should be finalised or not. The whole process has actually very little to do with us, our ego’s, flippant comments or second-hand-I-know-someone-who-told-me-something-theories. IT IS ABOUT A CHILD WHO NEEDS A MOMMY AND A DADDY!

The numbers speak for themselves, fewer children are receiving forever families! We can play the name game, we can justify our stance with a desire to curb child trafficking, rape etc, we can profess that there aren’t enough families willing to adopt, we can even get the spin doctors in the mix and have them weave a tale of deceit and corruption blaming the situation on inaccurate reporting and misconstrued facts.

Here’s a couple of facts for the powers that be to chew on while a child somewhere out there spends another afternoon in the care of yet another volunteer as she goes from child to child, trying her best to nurture and be attentive to the 30 or so children in a home realising she has 2 hands, one body and limited time and resources.

While departments, magistrates and officials play the mine-is-bigger-than-yours game, a little child sits, at best, in the corner of a home, surrounded by other similar children and their caregivers. They sit and play looking around for mommy or daddy, looking for permanence, looking to belong. Don’t worry sweetheart, it will happen soon, or at least it would if you were seen as a priority!

South Africa, we are failing our children! With every hungry tummy, lonely heart and abandoned child, we are nailing the lid on the coffin of our future. Our systems are too slow, too inefficient and too cumbersome. There are some amazing social workers, magistrates and government officials who are going to war against the disease of orphanhood, tirelessly waging a daily war against the notion that some children won’t have a family. These silent warriors are having their light and energies snuffed out by a system that promises what is best for the child, all the while, employing and retaining people who not only fail to uphold this ideal but flagrantly drag knuckles heels and whatever else they can in an attempt to do as little as possible for as long as possible, under the auspices of process, best practice and following protocol. You know where you can stick your protocol don’t you!

We can never stop working towards and engaging with the need to do what is best for each of these children. We cannot succumb to an approach where would be families are not scrutinised, but evaluated. We should never think of giving children away to anyone who feels the need to raise their hand without first checking whether they will be able, as best they can, to uphold the need to do what’s best for the child. I say, check, equip, screen, support and even charge for the service. But once a family has equipped themselves as best they can, shown a desire to become a forever family and welcomed a new son/daughter into their hearts, surely it would be best to expedite every other process so finality can be found and this new family can begin to do life together.

So in conclusion, speed bumps are great, they slow things down, help us navigate the terrain safely and with a better awareness of what lies ahead, while still allowing definite forward progress. Stumbling blocks on the other hand, prevent, frustrate and eventually cause movement to stop, and with that, lives, hopes and dreams.

What are your thoughts?