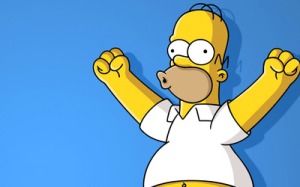 I recently read an article written by someone who understands that parenting is a team sport. It was entitled “Dads are Men, not idiots“. It was a fascinating read and presented something our family has naturally adopted. Yet while I am fully capable of putting on a full load of washing, administering medicine, washing behind my kid’s ears, changing a nappy in the dark and yes, oh yes, making dinner, many Dad’s still seem to hold the position that these abilities are super-naturally endowed and typically require the holder of such cosmic gifts to have breasts. In short, you must be a woman, or at least on your way to becoming one.

The article reminded me of a time where I was at apparent risk of increasing my estrogen levels. When my son was around 6 months old, I was handed the challenge of unemployment. Whatever the reasons, I found myself a kept man for around half a year. It was a difficult time, not so much because I was without work, but because my wife had to lay down her dream of staying at home with our first little man. She had to sacrifice her dream for a period so that I could experience the challenging gift of being a stay at home dad.

I remember my first day. Tears, tears and more tears. After this my son woke up and I needed to put on my man pants and be the dad he needed. 6 months in, I relished the conversations where moms would tell their husbands that they didn’t know how difficult it was for them to stay at home. I subtly smiled and knew that I had passed over into a new realm, one where my baby food was more organic, my shushing skills were out of this world and I could get a baby ready, packed and out the door in under 20 minutes, I felt like a Boss!

At the time I don’t think I realised what had been given to me. Now I understand that I experienced something so unique, so special and so rare. I was able to experience my son growing up and not just experience my wife being a mom.

We would play, we would sing, I would watch as he made his first attempts to grab objects just out of reach. We bonded like most Dads never experience. I watched as he gummed at his first slice of toast, tried daddy’s first attempt at mixing vegetables and shared his purity dessert with me (I use the term “shared” lightly as it became something I was loathed to part with)

Like the article mentioned earlier, it amazes me at the lusterless approach many Dads take when given the gift of a new child, or even running a household while mom’s away. Equally bizarre, is the approach some moms take to the abilities of their children’s dads, often implying that they are not up for the task of parenting the child they played a part in creating. I’m not talking about those indifferent Dad’s, I’m talking about those Dads who want to do more but aren’t “allowed”. Seriously, moms, unclench and Dads, step up!

I loved those months of falling asleep over the sides of the cot, of bouncing for what seemed like hours while trying to get my son to sleep and the feeling that came from getting him to finally fall asleep, I’m sure this sense of success must be what championship sports teams feel after they win a world title. Most of all, I love the fact that I got a chance to not just be the one who did bath times, the one who got to give mom a break and the one who pushed the pram on shopping trips. I love the fact that I know the medicines, I know what nappies work best, I know what foods went down well and which ones came up with a vengeance. I love that we have a family that does life together, does parenting together and that believes that it takes a mom and a dad to successfully raise our kids.

In short, none of my degrees prepared me to become a Dad, being a Dad is what did this, spending the time, catching the vomit, drying the tears, playing the games and sitting back in amazement at what I had a part in creating.

So give me your thoughts, share your experience, get your husbands to actually read an article and give their two cents worth because they actually have something to add. I can and have done the messy work, the work moms do everyday, not because I am a marvel but because I am Dad.

Dads give it a try and moms…Let them!

One thought on “I’m a Dad, not an idiot”