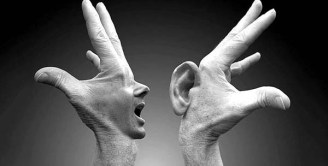 I believe we have an obligation to protect life, I believe we have a responsibility to speak for those without a voice and I also believe we don’t have a right to unjustly discriminate. But lately, in spite of these beliefs, I have had a hard time coming to terms with the way we take such vocal positions when Lions are killed or people are prevented from marrying the person of their choice but say nothing when comparatively greater evils exercise their existence.

Don’t get me wrong, I want my children to enjoy Lions, Rhino’s and even Gerrie the Giraffe. I even had a good chuckle at the memes that populated Facebook and the likes, depicting Lions in search of dentists. I even became annoyed at the man heading up a South African poaching organisation when he defended the unique experience of killing an animal but couldn’t actually put into words why it was actually as wonderful as he made it out to be, in fact, he sounded rather guilty. I was also taken aback at the flourish of colour that attacked many profile pictures on Facebook, Twitter etc. It was as if people who couldn’t hold a position on most topics where assaulted in unison by a greedy little leprechaun and his rainbow pen, after which, they all shouted out in disgust, unified at the common purpose of colourizing Facebook and declaring their collective support for the “Rights” of people to marry whomever they want.

But, much to my surprise, on seeing all of Facebook aglow with colour, when I asked Facebook when they were going to make an app that showed I was in support of orphans or adoption, I heard nothing. We seem to become extremely vocal to causes that we actually have no hope in championing to success but express little to no volume when faced with challenges that we actually could conquer.

Another example of our selective indifference was the horrific news exposing Planned Parenthood as a purveyor of children’s body parts and the relative silence by most. I know I am being slightly sarcastic but on what planet is it acceptable to become more bent out of shape with the killing of an animal and the right to marry than with the FACT, that children need homes and families and unborn babies need our protection, and we are not doing all we can to secure these things.

I think we need to stop our social media activism if we are selectively choosing our causes based on our ability to do nothing. If I can’t do anything practically, I will make a noise and hide behind the fact that all I can practically do is change my status or my profile picture. When someone can actually do something, practically, they become silent because when challenged on their inactivity, they have no response.

I am reminded by the words of Marianne Williamson “Our deepest fear is not that we are inadequate. Our deepest fear is that we are powerful beyond measure.” I believe we need to replace the lie that says we can’t make a difference. We mustn’t believe the lies that say, “If I can’t make a difference to what matters most, I can add my voice to the loudest noise”

We are able, we are positioned to make great change, we are empowered and required to take action and not just change our status. Don’t be afraid, keep your voice for the causes you cannot conquer, but add your voice and your actions to the causes we can actually bring radical change TO.

Ask yourself, other than numbers in your bank account, what justifiable stumbling block stands between you and adopting a child?

Give me your thoughts.