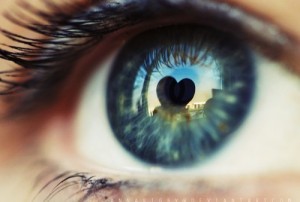 Last week I had the privilege of thoroughly smashing the paradigm of a group of parents and young people. I gave a talk entitled “Beneath the Surface, looking at the effects of Pornography”. I witnessed eyes growing wider and wider as if they were experiencing a blast of information that was overloading their senses and short circuiting their perceptions of what was really available to our kids.

The hard truth is this, for years now, media, movies, the written word, gaming and any other source of content has been pushing the boundaries of what is acceptable, agreeable and palatable.
Be it better graphics on my child’s PS4 or new fetishes surrounding woman’s MMA, the fact is violence and adult focussed content is being digested by younger and younger viewers. I recently read an article where the author expressed his concerns with female ultimate fighting competitions. A reader commented that he shouldn’t judge and should rather leave them to do what they want to do. This reader unfortunately went on to shoot himself in the foot by validating the authors concerns. He wrote that at one point he too found it disturbing, but as he pushed through his naturally induced boundaries and warning system he grew to admire and enjoy the sport.

What this reader exposed was our brain’s ability to rewire itself due to a consistent overload of content. What was once disturbing can with constant experience become normal as our brain forms new pathways due to the increase of dopamine (the naturally produced chemical which produces a sense of enjoyment) released from viewing extreme content. So no sir, its not that what you see is admirable (even though some may disagree) its because you failed to heed your inhibitions and decided to bull dose your beliefs  to make way for the thrill experienced by doses of dopamine as it coursed through your brain redefining what is acceptable to you.

Our Kids, yours and mine, are entering a world that at best is indifferent to content ratings and at worst intentionally seeking to desensitise the viewer. With the advent of better and more efficient forms of reporting has come a more informed but completely desensitised viewership. There is very little that can slip through the cracks anymore. With a camera strapped to nearly everyones hands, we have ushered in a reality where censorship is not just frowned upon but outrightly prohibited. We don’t just hear horror stories nowadays, we turn on the news and watch in high definition as groups of people, kill and destroy other groups for many varied reasons. But it’s the news, it’s information, it’s current affairs, surely we can justify a little extreme content if it means we are all better informed?

My caution comes in the form of a dad and counsellor. I am seeing a trend that many young children are able to hold a conversation about the latest headlines, but few are able to process the graphic content. They are struggling to differentiate between real life and make believe violence. I am concerned with the results of desensitizing children prematurely for the sake of giving them a frame of reference and giving them information. Surely an argument can be made for preserving innocence at the expense of creating children who know exactly who’s killing who and why?

The same can be made for the type of programs and movies children are being allowed to watch. I think it is important to note that the IT world is theirs, they know no other and will need to use it responsibly more than any other generation that has come before them, but, for at least the formative years, we are the gate keepers of our children’s hearts and minds. We are given a small window during which we are tasked with instilling a sense of right from wrong, encouraging good decision making, preferring others, seeing the beauty in all things and guarding their innocence before a world often devoid of any morality reaches into their reality and attempts to rip it from them.

Do we rely on the networks to decide what is good, wholesome and essentially life giving? Do we simply plonk our kids in front of a screen and believe the lie that because it’s a cartoon, it’s better than the real thing? I can assure you that the violence depicted in cartoons would shock us to our core if acted out in real life and our belief that because that death came as a result of the cartoonist laying down his pencil, it is less harmful, is misguided for younger viewers.

Perhaps we as parents need to become less strict and more engaged in what our children are exposed to? We need to know what they are viewing and be satisfied that it upholds the values we are hoping to instill in these precious ones, not simply that some random stranger has rated it at our child’s age.

Two sites that can help with this are:

The Dove Foundation; and

Perhaps you’d even like to change the access to what is viewed for the benefit of your children? A product worth looking at is The Dove Channel.

The reality is this, My kids are mine for a while until they are there own people, making their own choices, deciding their own fate, hopefully under the direction of God, but for a time I am tasked with raising them to be people who will change the atmosphere around them for the good. This requires that they be protected and somewhat shielded from the content and rubbish that surrounds our children which won’t free them to achieve but rather ensnare and cause them to stumble.

I’d love to hear your thoughts